Although humans might seem adaptable on Earth, outside of our perfect temperature-, gravity-, and radiation-controlled planet, we’re pretty fragile. Squishy even.

So to help us deal with the harsh conditions of the rest of the Solar System, NASA has just unveiled a new and improved spacesuit that astronauts will wear to the Moon as part of the Artemis missions.

At first glance, it looks similar to the ones worn by Apollo as back in the late ’60s and early ’70s, but there have been a lot of new additions to the new suits, which are officially called Exploration Extravehicular Mobility Units, or xEMUs.

Firstly, the xEMUs are way easier to move around in. The Apollo suits didn’t have a lot of leg movement, which is why there are so many great videos of astronauts falling over in the significantly lower gravity of the Moon.

Check out images from today’s event showcasing prototypes of @NASA‘s 2 newest spacesuits designed for Moon to Mars exploration: 1 for launch and re-entry, and 1 for exploring the lunar South Pole! #Artemis More 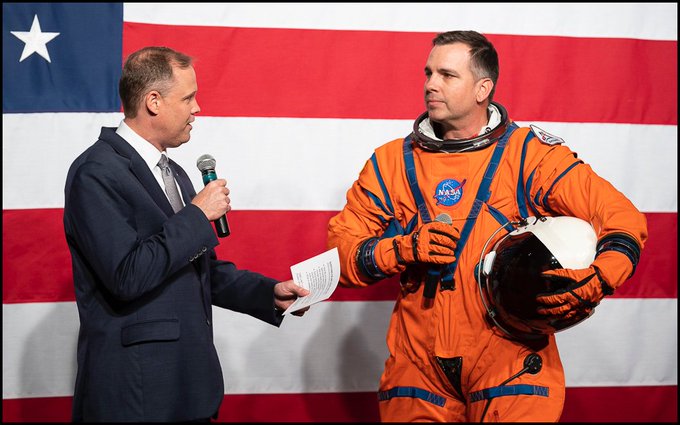 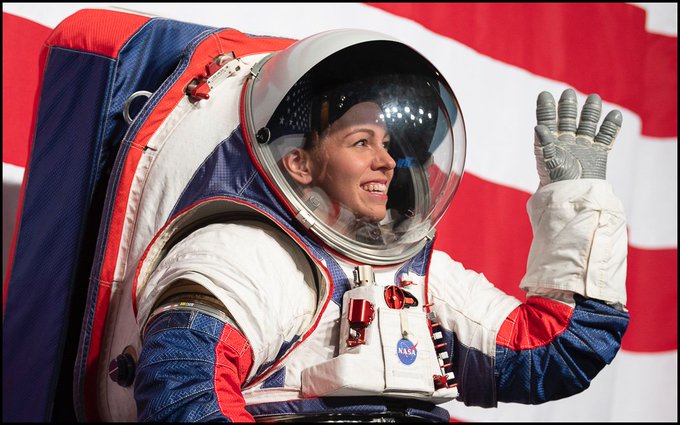 643 people are talking about this

In a demonstration of the suit with NASA Administrator Jim Bridenstine, Advanced Space Suit Engineer Kristine Davis bent down to pick up a rock. Although it looked clunky, this kind of movement would have been significantly harder in the Apollo suits.

The suits are designed to protect against a temperature range between -156 to 121 degrees Celsius (-250 and 250 degrees Fahrenheit), and can be built for everyone from “first percentile female to the 99th percentile male,” Davis said in the briefing.

But not everything has changed. We still haven’t worked out how to deal with the removal of bodily fluids while in the suit, and so our Artemis astronauts will still be wearing diapers.

The xEMU is only going to be used for spacewalks and while on the Moon. The other suit showcased during the presentation – the bright orange one on the right – will be used by astronauts for launch and re-entry.

If this doesn’t get you excited for the Artemis program – scheduled to begin by 2024, I don’t know what will.